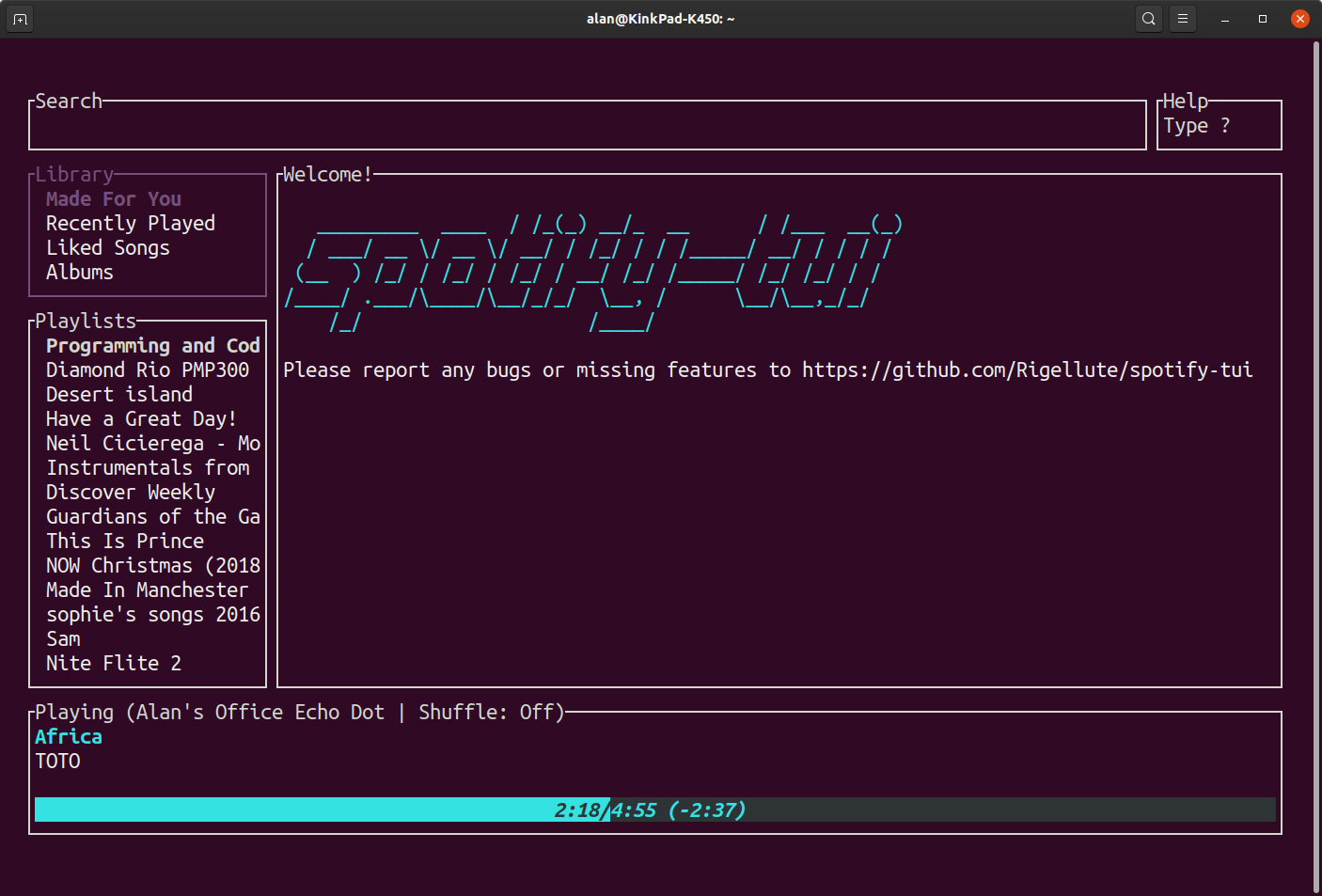 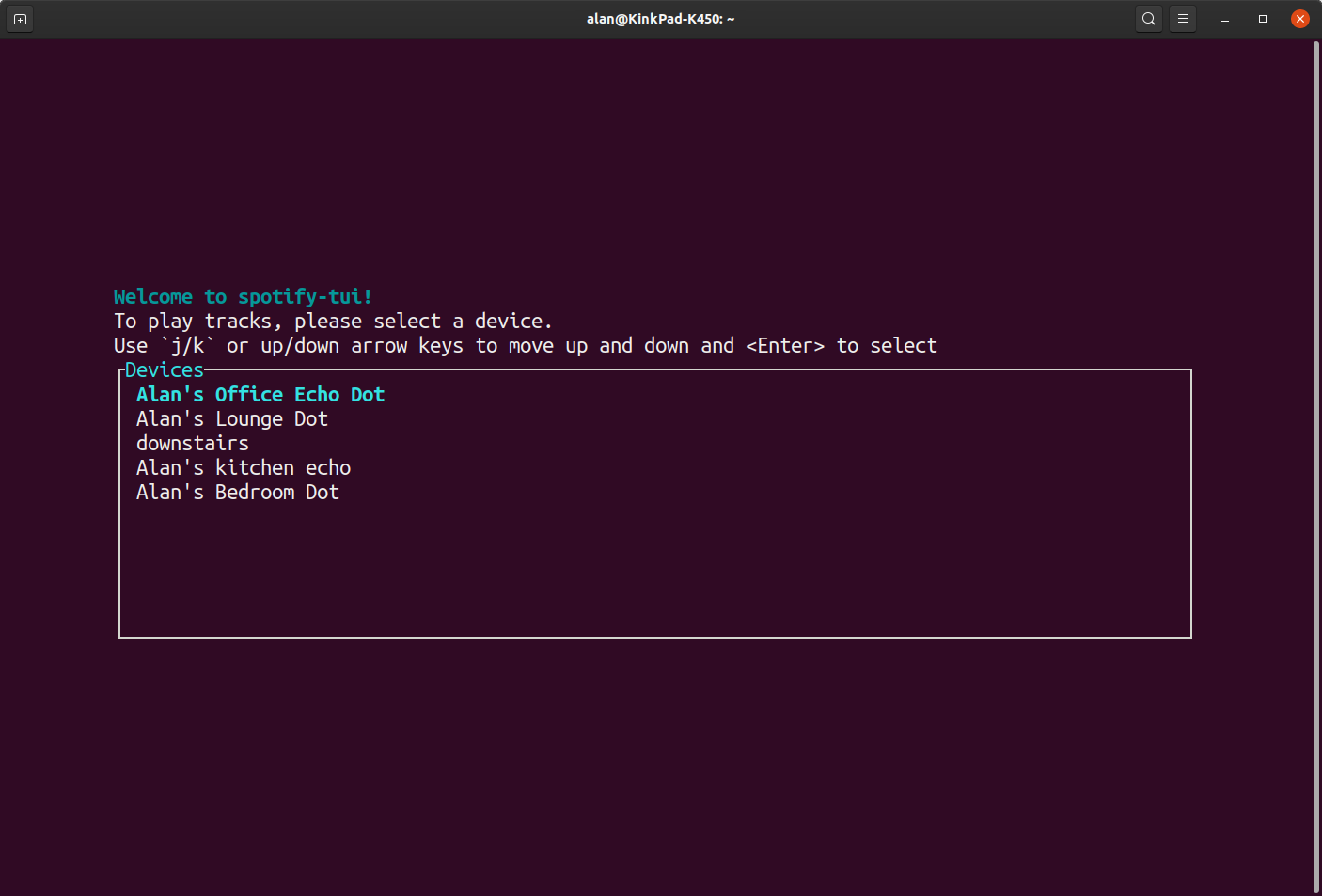 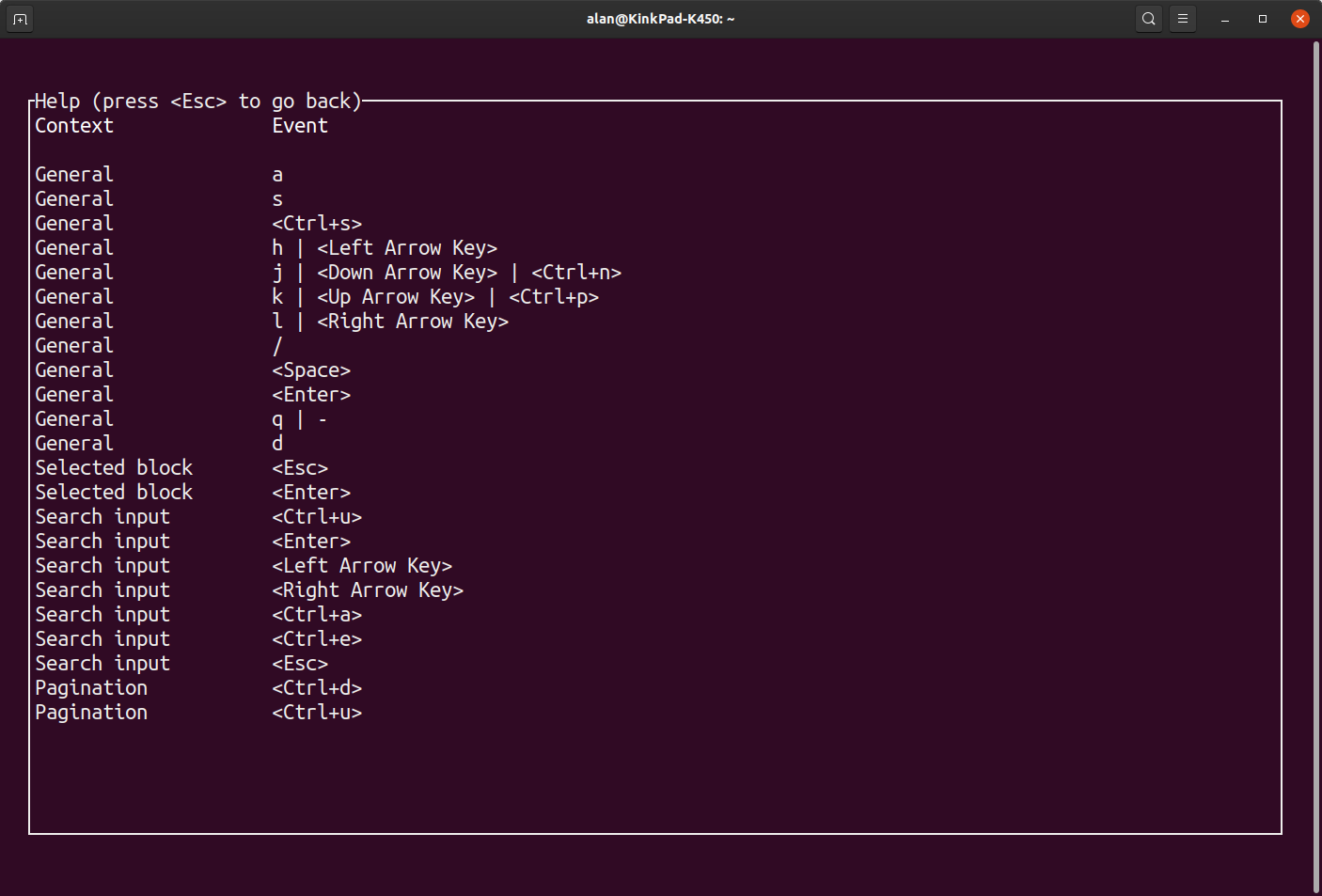 Spotify for the terminal written in Rust

Instructions on how to set this up will be shown when you first run the app.

But here they are again:

And now you are ready to use the spotify-tui 🎉

You can edit the config at anytime at ${HOME}/snap/spt/current/.config/spotify-tui/client.yml.

The binary is named spt.

When running spotify-tui press ? to bring up a help menu that shows currently implemented key events and their actions.

This app uses the Web API from Spotify, which doesn't handle streaming itself. So you'll need either an official Spotify client open or a lighter weight alternative such as spotifyd - https://github.com/Spotifyd/spotifyd

If you want to play tracks, Spotify requires that you have a Premium account.

Built with ♥️ from the Spotify TUI upstream source at https://github.com/Rigellute/spotify-tui

Where people are using Spotify TUI

Is there a problem with Spotify TUI? Report this app