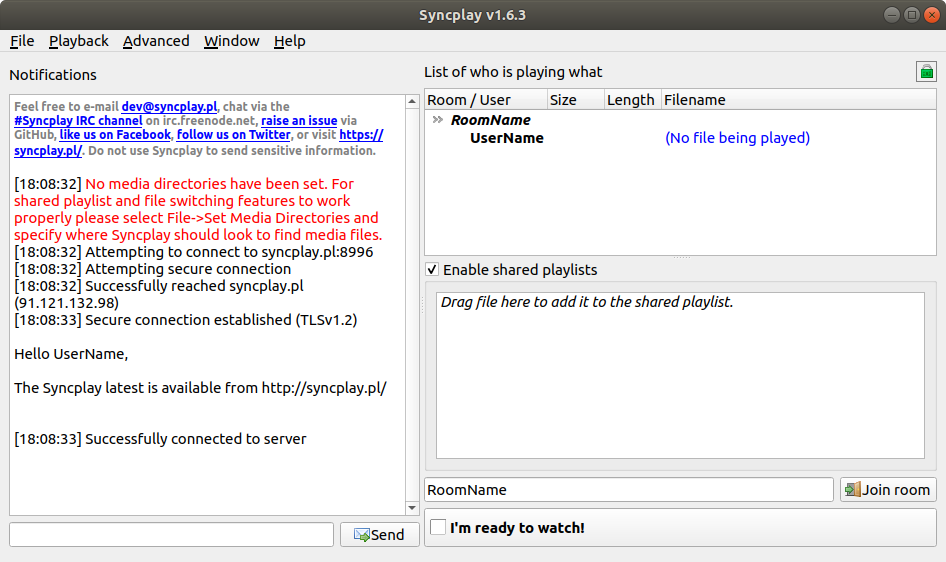 Client/server to synchronize media playback on many computers

Syncplay synchronises the position and play state of multiple media players so that the viewers can watch the same thing at the same time. This means that when one person pauses/unpauses playback or seeks (jumps position) within their media player then this will be replicated across all media players connected to the same server and in the same 'room' (viewing session). When a new person joins they will also be synchronised. Syncplay also includes text-based chat so you can discuss a video as you watch it (or you could use third-party Voice over IP software to talk over a video).

On Arch Linux, snap can be installed from the Arch User Repository (AUR). The manual build process is the Arch-supported install method for AUR packages, and you’ll need the prerequisites installed before you can install any AUR package. You can then install snap with the following:

To install syncplay, simply use the following command: