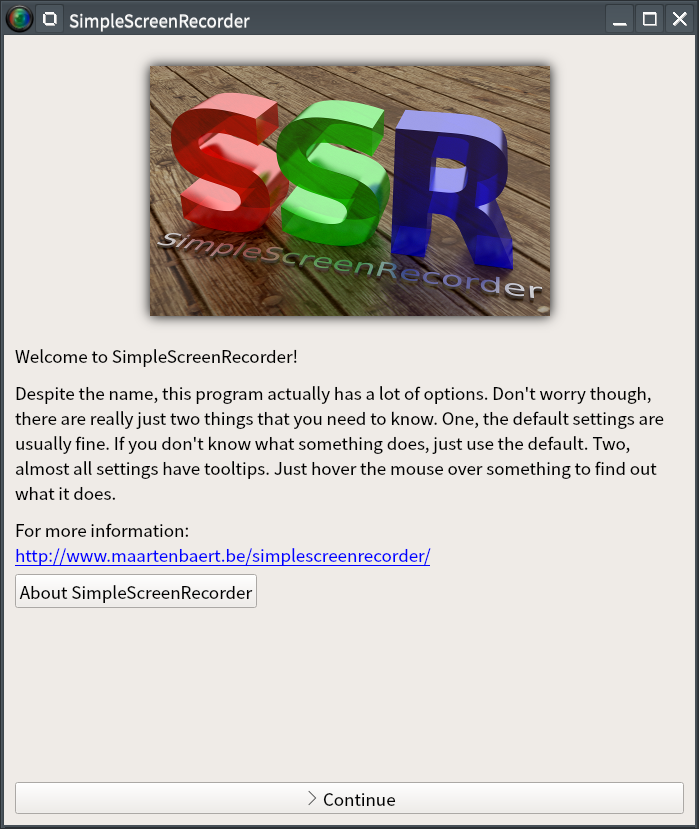 SimpleScreenRecorder is a feature-rich screen recorder that supports X11 and OpenGL. It has a Qt-based graphical user interface. It can record the entire screen or part of it, or record OpenGL applications directly(currently not supported in snap distribution). The recording can be paused and resumed at any time. Many different file formats and codecs are supported.

Currently OpenGL recording is not supported by this build due to the confinement and library separation nature of snap apps.

This is NOT an official SimpleScreenRecorder distribution, refer [the snap's issue tracker](https://github.com/Lin-Buo-Ren/simplescreenrecorder-snap/issues) for support.

Snap can be installed on Pop!_OS from the command line. Open Terminal from the Applications launcher and type the following:

To install SimpleScreenRecorder (UNOFFICIAL), simply use the following command: