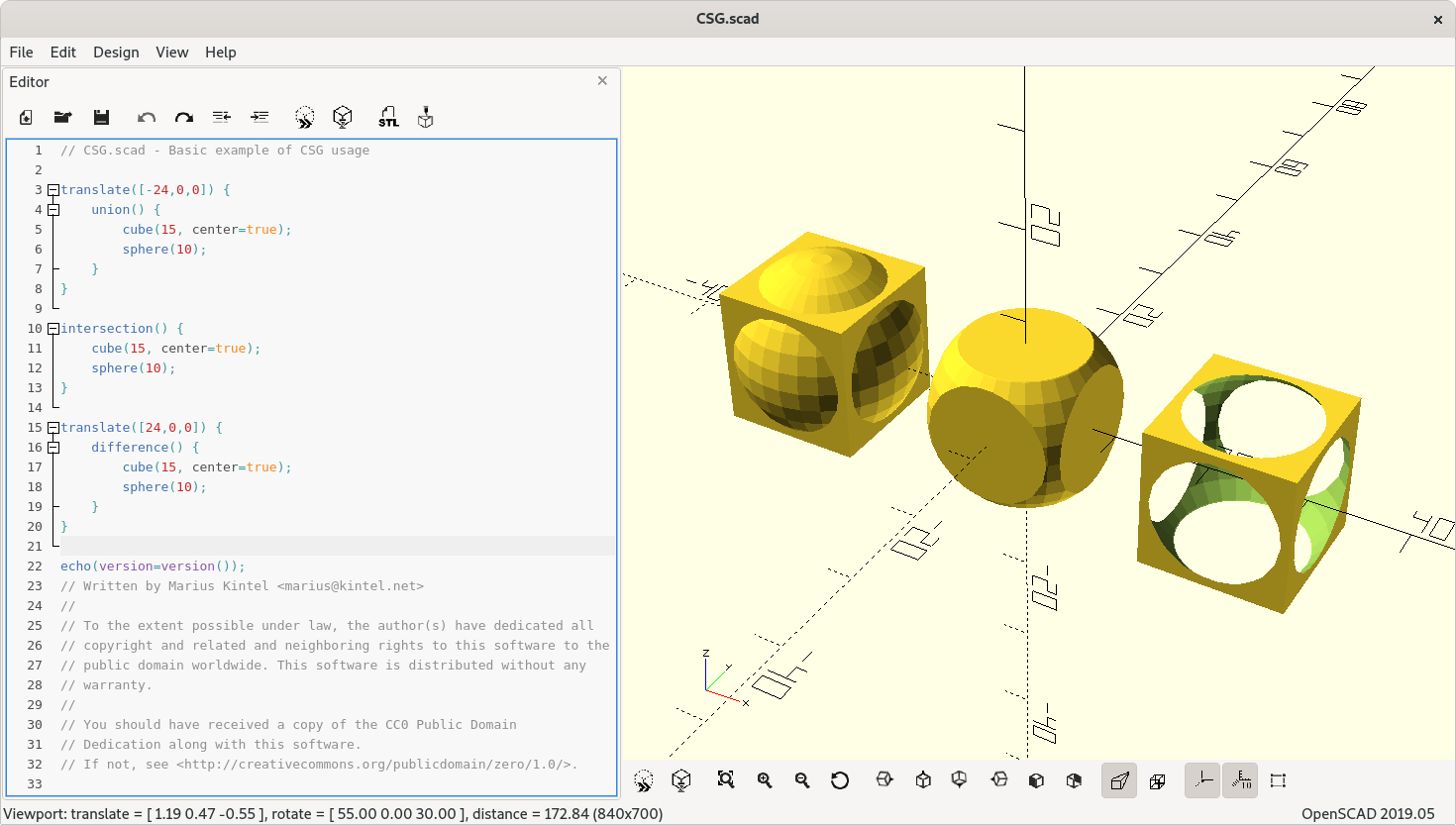 OpenSCAD is a software for creating solid 3D CAD objects. It focuses on CAD aspects rather than artistic ones. . OpenSCAD is not an interactive modeller. Instead it is something like a 3D-compiler that reads in a script file that describes the object and renders the 3D model from this script. This gives the designer full control over the modelling process and enables him to easily change any step in the modelling process or make designes that are defined by configurable parameters.

If you’re running Ubuntu 16.04 LTS (Xenial Xerus) or later, including Ubuntu 18.04 LTS (Bionic Beaver) and Ubuntu 20.04 LTS (Focal Fossa), you don’t need to do anything. Snap is already installed and ready to go.

For versions of Ubuntu between 14.04 LTS (Trusty Tahr) and 15.10 (Wily Werewolf), as well as Ubuntu flavours that don’t include snap by default, snap can be installed from the Ubuntu Software Centre by searching for snapd.

Alternatively, snapd can be installed from the command line:

To install openscad, simply use the following command: